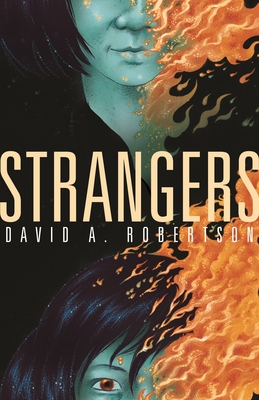 A talking coyote, mysterious illnesses, and girl trouble. Coming home can be murder...

When Cole Harper gets a mysterious message from an old friend begging him to come home, he has no idea what he's getting into. Compelled to return to Wounded Sky First Nation, Cole finds his community in chaos: a series of shocking murders, a mysterious illness ravaging the residents, and reemerging questions about Cole's role in the tragedy that drove him away 10 years ago. With the aid of an unhelpful spirit, a disfigured ghost, and his two oldest friends, Cole tries to figure out his purpose, and unravel the mysteries he left behind a decade ago. Will he find the answers in time to save his community?

David Alexander Robertson is an award-winning graphic novelist and writer who has long been an advocate for educating youth on Indigenous history and contemporary issues. He has written several graphic novels, including the bestselling 7 Generations series and Sugar Falls. His first novel, The Evolution of Alice, was winner of On the Same Page (2016). His children's book When We Were Alone won the 2017 Governor General's Literary Award in the Young People's Literature (Illustrated Books) category, and was a finalist for the TD Canadian's Children's Literature Award. David lives in Winnipeg with his wife and five children, where he works in the field of Indigenous education.
Loading...
or support indie stores by buying on
(This book is on backorder)