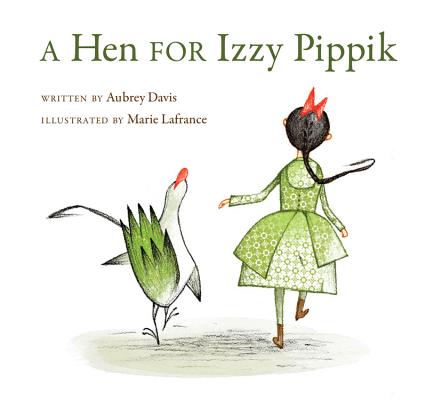 A Hen for Izzy Pippik

When Shaina finds a magnificent hen, she knows that Izzy Pippik, the hen's owner, is sure to return for her. In the meantime, Shaina decides she will care for the animal. But when dozens of eggs hatch and rowdy chickens scatter throughout the village, Shaina must fight the entire town if she has any hope of protecting the birds. Inspired by Jewish and Islamic traditional texts, this is a beautiful tale about doing the right thing, even in the face of adversity.

Praise For A Hen for Izzy Pippik…

Lafrance deserves a special shout-out for her work-she proves once again that she's a rare talent who can combine naïf rendering with a highly sophisticated and consistently inventive sense of composition.—Publisher's Weekly

This is a book to savor and reread ...—Booklist

Steadfast and quietly amusing, Shaina is a girl to admire.—Kirkus Reviews

... charmingly told with pleasing conversational patterns and alliteration. ... A good choice where folktales or character education stories are in demand.—School Library Journal

Traditional Talmudic and Islamic texts form the bones of the story, which is delivered with a deft and witty touch.—Jewish Book World

A great story that illustrates how a child who sees the world in black and white is introduced to shades of grey, with the help of her grandfather.—The Victoria Times Colonist

For more than 30 years, Aubrey Davis has told stories, performing and conducting workshops across Canada and the United States. His books have received glowing reviews and multiple awards, including the Sydney Taylor Award, the Mr. Christie Award (Silver) and the Canadian Jewish Book Awards Children's Literature Prize. Aubrey lives in Toronto, Ontario.

Marie Lafrance lives in Montreal, Quebec. She has provided illustrations for magazines, newspapers, posters, billboards and dozens of educational books for children. Now she primarily works on picture books, using her warm and gently humorous illustrations to delight and entertain children of all ages.