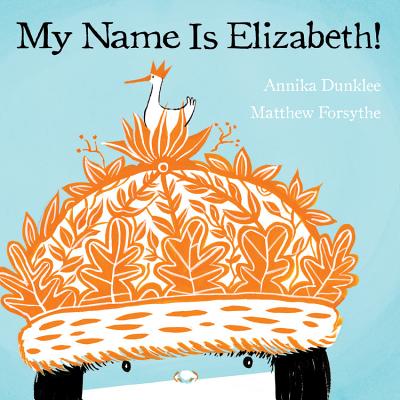 My Name Is Elizabeth!

Meet Elizabeth. She's got an excellent pet duck, a loving granddad and a first name that's just awesome. After all, she's got a queen named after her! So she's really not amused when people insist on using nicknames like “Lizzy” and “Beth.” She bears her frustration in silence until an otherwise ordinary autumn day, when she discovers her power to change things once and for all. In the process, Elizabeth learns about communication and respect --- and their roles in building better relationships with family and friends. The two-toned illustrations reflect the story's energy and sass, and the comic-book-like format makes it easy to follow. The cheeky, retro drawings also keep it real --- depicting the sometimes-feisty Elizabeth as a resolutely normal kid --- whether she's flossing her teeth or feeding her pet duck.

Praise For My Name Is Elizabeth!…

This debut picture-book offering from Dunklee and Forsythe is close enough to perfect in its tone, pacing and interplay between words and pictures: Wonderful.—Kirkus Reviews, Starred Review

First-time children's author Annika Dunklee hits the mark with a spunky character who is guaranteed to charm early readers and parents alike.—Quill & Quire

The book itself is close to perfect.—The New York Times

This isn't just a book about one particular name. It's about making it clear to the world who you really are. A lesson some grown-ups could stand to learn as well.—Elizabeth Bird, SLJ.com

Children who have had similar experiences will certainly relate to Elizabeth and may be inspired by her directness.—School Library Journal

Readers who take pride in their names (especially those who have had their names butchered) may be similarly moved to express that ownership vocally.—Publishers Weekly

Annika Dunklee was born in Uppsala, Sweden, to a Scottish father and a Swedish mother. She bases a lot of her stories on her own childhood memories. My Name Is Elizabeth! was inspired by anyone who dislikes having his or her name shortened, lengthened, mispronounced or mangled in some way.
Loading...
or support indie stores by buying on