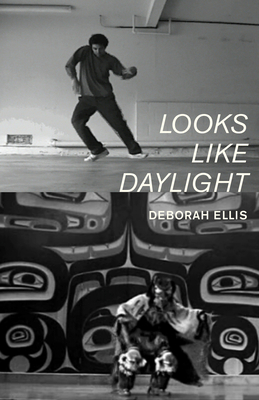 After her critically acclaimed books of interviews with Afghan, Iraqi, Israeli and Palestinian children, Deborah Ellis turns her attention closer to home. For two years she traveled across the United States and Canada interviewing Native children. The result is a compelling collection of interviews with children aged nine to eighteen. They come from all over the continent, from Iqaluit to Texas, Haida Gwaai to North Carolina, and their stories run the gamut -- some heartbreaking; many others full of pride and hope. You'll meet Tingo, who has spent most of his young life living in foster homes and motels, and is now thriving after becoming involved with a Native Friendship Center; Myleka and Tulane, young artists in Utah; Eagleson, who started drinking at age twelve but now continues his family tradition working as a carver in Seattle; Nena, whose Seminole ancestors remained behind in Florida during the Indian Removals, and who is heading to New Mexico as winner of her local science fair; Isabella, who defines herself more as Native than American; Destiny, with a family history of alcoholism and suicide, who is now a writer and pow wow dancer. Many of these children are living with the legacy of the residential schools; many have lived through the cycle of foster care. Many others have found something in their roots that sustains them, have found their place in the arts, the sciences, athletics. Like all kids, they want to find something that engages them; something they love. Deborah briefly introduces each child and then steps back, letting the kids speak directly to the reader, talking about their daily lives, about the things that interest them, and about how being Native has affected who they are and how they see the world. As one reviewer has pointed out, Deborah Ellis gives children a voice that they may not otherwise have the opportunity to express so readily in the mainstream media. The voices in this book are as frank and varied as the children themselves.

Deborah Ellis says her books reflect "the heroism of people around the world who are struggling for decent lives, and how they try to remain kind in spite of it." Whether she is writing about families living under Taliban rule in Afghanistan, street children in Pakistan, the coca protests in Bolivia, or the lives of military children, she is, as Kirkus attests, "an important voice of moral and social conscience." A lifelong small-town Ontarian -- born and raised in Cochrane and Paris and now living in Simcoe -- Deb has won the Governor General's Award, the Ruth Schwartz Award, the University of California's Middle East Book Award, Sweden's Peter Pan Prize, the Jane Addams Children's Book Award, and the Vicky Metcalf Award for a Body of Work. She recently received the Ontario Library Association's President's Award for Exceptional Achievement, and she has been named to the Order of Ontario. She is best known for her Breadwinner series, set in Afghanistan and Pakistan -- a series that has been published in twenty-five languages, with more than one million dollars in royalties donated to Canadian Women for Women in Afghanistan and Street Kids International. Her novel, No Ordinary Day (about a young girl living on the streets of Kolkata), was nominated for the Governor General's Literary Award, the Canadian Library Association Book of the Year for Children Award, the Ruth and Sylvia Schwartz Children's Book Award and the TD Canadian Children's Literature Award, and it has received starred reviews from School Library Journal, Horn Book and Booklist. Her most recent novel is My Name is Parvana.Loriene Roy lives in Austin, TX.
Loading...
or
Not Currently Available for Direct Purchase