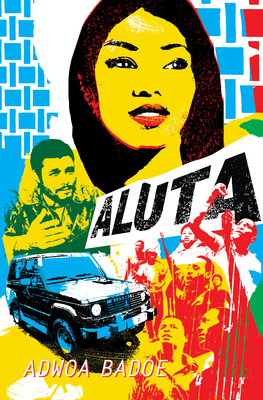 For eighteen-year-old Charlotte, university life is better than she'd ever dreamed -- a sophisticated and generous roommate, the camaraderie of dorm living, parties, clubs and boyfriends. Most of all, Charlotte is exposed to new ideas, and in 1981 Ghana, this may be the most exciting - and most dangerous -- adventure of all. At first Charlotte basks in her wonderful new freedom, especially being out of the watchful eye of her controlling and opinionated father. She suddenly finds herself with no shortage of male attention, including her charismatic political science professor, fellow student activist Banahene, and Asare, a wealthy oil broker who invites Charlotte to travel with him and showers her with expensive gifts, including a coveted passport.
But Ghana is fraught with a history of conflict. And in the middle of her freshman year, the government is overthrown, and three judges are abducted and murdered. As political forces try to mobilize students to advance their own agendas, Charlotte is drawn into the world of student politics. She's good at it, she's impassioned, and she's in love with Banahene. "The struggle continues Aluta Aluta continua " she shouts, rallying the crowd with the slogan of the oppressed. But her love of the spotlight puts her in the public eye. And when Asare entrusts her with a mysterious package of documents, she suddenly realizes she may be in real danger. But it's too late. As she is on her way to a meeting, Charlotte is picked up by national security, and her worst nightmares come true. And in the end, she must make a difficult and complicated decision about whether to leave her education, and her beloved Ghana, behind. A heartfelt story told with uncompromising honesty, about what happens when youthful idealism meets the harsh realities of power.
A heartfelt story told with uncompromising honesty, about what happens when youthful idealism meets the harsh realities of power.