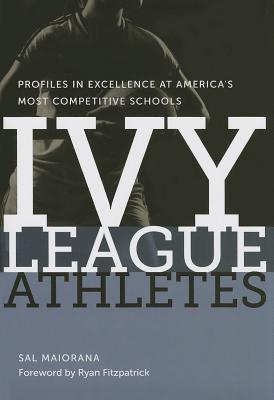 Profiles in Excellence at America's Most Competitive Schools

By Sal Maiorana, Ryan Fitzpatrick (Other)

The National Collegiate Athletic Association (NCAA) is the governing body for some 400,000 college athletes in the United States. During football's bowl season and basketball's March Madness, the NCAA likes to remind its millions of TV viewers that it represents student athletes: most of its members compete as amateurs and will never go pro. Somehow, that message seems increasingly lost in a sea of multimillion-dollar TV deals, recruitment scandals, back-channel payouts, fan hysteria, player misbehavior both civil and criminal, and the routine bending--or flouting--of college and NCAA rules about player academic eligibility. Far from this madding crowd, the nation's oldest, most prestigious private colleges and universities go about the business of making scholar-athletes from the ranks of their admitted classes, without special recruitment or scholarship money, and demanding and getting the best from them both on the field and in the classroom. Using a model that has changed very little since it was founded in 1954, the Ivy League offers a bracing corrective to the excesses of big-money college sports. In Ivy League Athletes, veteran sportswriter Sal Maiorana follows nine student-athletes from seven Ivy League campuses through the 2011-2012 season. Along the way he shows us the qualities of heart, mind, and body that got them there and allow them to prosper on the field and in the classroom. The book includes a foreword by former Harvard and current NFL quarterback Ryan Fitzpatrick.

SAL MAIORANA is a sportswriter for the Rochester Democrat and Chronicle, covering the NFL. He is the author of seventeen previous books, including Buffalo Bills--The Complete and Illustrated History. He lives in Walworth, New York.
or
Not Currently Available for Direct Purchase
Copyright © 2020 American Booksellers Association