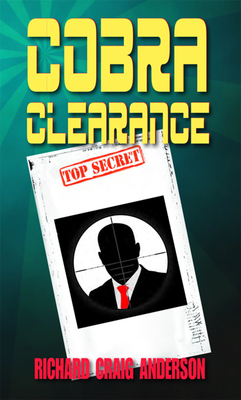 The world economy is already in severe crisis when Amahl, a cunning Middle Eastern fanatic, butchers Morgan Melchior-America's second black president-on live TV. Amahl's name is linked with that of Brent Kruger, a homegrown terrorist and leader of a white supremacist cult. And the two of them are just getting started. Enter Dragon Team-an elite special ops group led by former FBI agent Levi Hart. Its mission: Waylay a plot by two of the world's most dangerous terrorists to assassinate President Melchior's successor and cause global economic collapse. But when Levi goes undercover to infiltrate Kruger's gang of violent skinheads, he gets cut off from his backup team and has to go it alone. Now it's anybody's game to win, and the good guys are running out of time.

Richard Craig Anderson started out as a fire fighter in 1971, became a highly decorated Maryland State Police trooper, and went on to accept a position as a counter-terrorist operative. An accomplished aviator and world-class scuba diver, Rick has enjoyed a life well-lived, thanks to the relationships and friendships he's made along the way--and that includes Kobi, his Rhodesian Ridgeback.
Loading...
or support indie stores by buying on