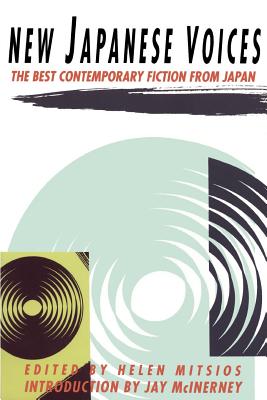 A "New York Times Book Review" Editor's Choice
Born after Hiroshima, the writers in this dazzling collection of short stories represent the American debut of the best contemporary Japanese fiction. Inhabiting the exotic interstice between cultural traditionalism and high-tech futurism, the stories in this volume offer a rich portrait of the Japanese sensibility the zeitgeist that is transforming the way the rest of the world views itself. Sections include Kitchen by Banana Yoshimoto, A Callow Fellow of Jewish Descent by Masahiko Shimada, On Meeting My 100 Percent Woman One Fine April Morning by Haruki Murakami, Swallowtails by Shiina Mkoto, God Is Nowhere; God Is Now Here by Itoh Seikoh, X-Rated Blanket by Eimi Yamada, Yu-Hee by Yang Ji Lee, On a Moonless Night by Sei Takekawa, Living in a Maze by Kyoji Kobayashi, The Imitation of Leibniz by Genichiro Takahashi, The Unsinkable Molly Brown by Tamio Kageyama, and Wine by Mariko Hayashi.