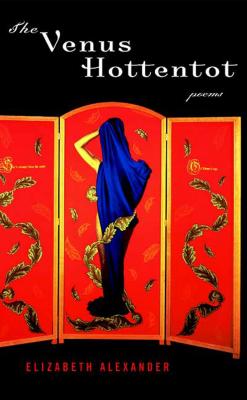 I didn't want to write a poem that said "blackness
is," because we know better than anyone
that we are not one or ten or ten thousand things
Not one poem
-from "Today's News"

Originally published in 1990 to widespread acclaim, The Venus Hottentot introduces Elizabeth Alexander's vital poetic voice, distinguished even in this remarkable first book by its examination of history, gender, and race with an uncommon clarity and music. These poems range from personal memory to cultural history to human personae: John Coltrane, Frida Kahlo, Nelson Mandela, and "The Venus Hottentot," a nineteenth-century African woman who was made into a carnival sideshow exhibit.

In language as vibrant within traditional forms as it is within improvisational lyrics, the poems in The Venus Hottentot demonstrate why Alexander is among our most dazzling and important contemporary poets and cultural critics.


Praise For The Venus Hottentot: Poems…

“Readers owe themselves the many pleasures to be found in this book; Elizabeth Alexander creates intellectual magic in poem after poem.” —The New York Times Book Review

“The poems are catchy, seductive, steeped in history, more rewarding on successive readings. The Venus Hottentot is a superb first book,” —Poetry

“One of the most exciting books of poetry to come out in a very long time. An extraordinary new voice has been added to literature.” —People

Elizabeth Alexander is the author of three collections of poetry, most recently Antebellum Dream Book. She lives in New Haven, Connecticut.