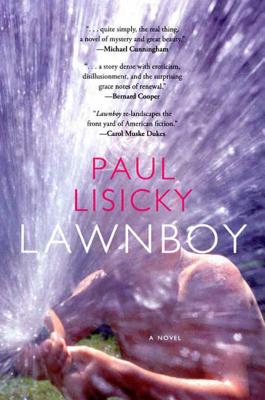 "Lawnboy is, quite simply, the real thing, a novel of mystery and great beauty." —Michael Cunningham

They all thought I was good-natured, upright and responsible, generous, affectionate, and kind, and of course I could be those things, but there was much more to me than that, a side that unnerved even myself, and this side included William.

Seventeen-year-old Evan's adventure begins with mowing a neighbor's lawn, a summer job that leads him into an unpredictable world of desire and betrayal. Estranged from his parents and his older brother, he moves in with forty-one-year-old William and begins a disastrous series of attempts to make a new home. Must he make a choice between his family and desire? First published to wide acclaim in 1999, Lawnboy by Paul Lisicky wanders the lush and tumultuous landscape of the early 1990s, its south Florida setting as fertile and troubling as Evan's inner life.

“Paul Lisicky conveys the sweetness and lostness of a boy, and the senselessness of making him choose between extremes.” —The Los Angeles Times Sunday Book Review

“Lawnboy is as dreamy and lush as the south Florida landscape it inhabits. It is funny, dead-on insightful, and . . . sexy.” —Ann Patchett

Paul Lisicky is the author of the memoir Famous Builder. He teaches in the graduate and undergraduate writing programs at Sarah Lawrence College and lives in New York City.