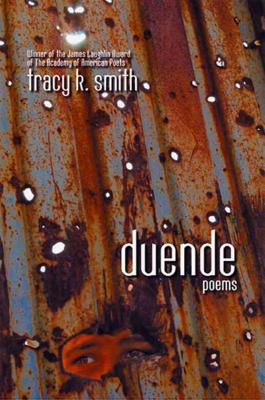 Duende, that dark and elusive force described by Federico García Lorca, is the creative and ecstatic power an artist seeks to channel from within. It can lead the artist toward revelation, but it must also, Lorca says, accept and even serenade the possibility of death. Tracy K. Smith's bold second poetry collection explores history and the intersections of folk traditions, political resistance, and personal survival. Duende gives passionate testament to suppressed cultures, and allows them to sing.

“The most persuasively haunted poems here are those where [Smith] casts herself not simply as a dutiful curator of personal history but a canny medium of fellow feeling and the stirrings of the collective unconscious . . . [And] it's this charged air of rapt apprehension that gives her spare, fluid lines their coolly incantatory tenor as she warms to the task of channeling disquieting visions and fugitive voices.” —The New York Times Book Review on The Body's Question

TRACY K. SMITH is the author of The Body's Question. She received a Whiting Writers' Award in 2005 and a 2004 Rona Jaffe Foundation Writers' Award. She lives in Brooklyn and teaches at Princeton University.