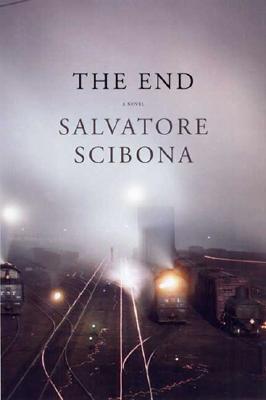 A small, incongruous man receives an excruciating piece of news. His son has died in a POW camp in Korea. It is August 15, 1953, the day of a tumultuous street carnival in Elephant Park, an Italian immigrant enclave in Ohio. The man is Rocco LaGrassa, and his many years of dogged labor, paternal devotion, and steadfast Christian faith are about to come to a crashing end. He is the first of many exquisitely drawn characters we meet that day, each of whom will come to their own conclusion.

The End by Salvatore Scibona follows an elderly abortionist, an enigmatic drapery seamstress, a teenage boy, a jeweler dramatically into the heart of a crime that will twist all their lives. Against a background of immigration, broken loyalties, and racial hostility, we at last return to August 15, 1953, and see everything Rocco saw and vastly more through the eyes of various characters in the crowds.

The End is the unforgettable debut of a singular new American novelist.


Praise For The End…

“A masterful novel set amid racial upheaval in 1950s America during the flight of second-generation immigrants from their once-necessary ghettos. Full of wisdom, consequence, and grace, Salvatore Scibona’s radiant debut brims with the promise of a remarkable literary career, of which The End is only the beginning.”
—Annie Dillard

Salvatore Scibona's fiction has been published in The Threepenny Review and the Pushcart Prize anthology. A graduate of the Iowa Writers' Workshop, he is the writing coordinator at the Fine Arts Work Center in Provincetown, Massachusetts.
Loading...
or
Not Currently Available for Direct Purchase