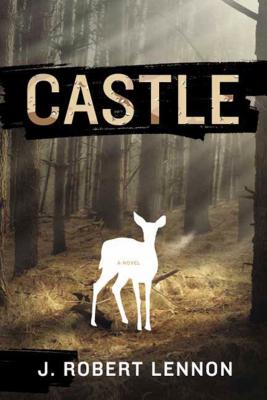 Castle by J. Robert Lennon is a mesmerizing novel about memory, guilt, power, and violence

In the late winter of 2006, I returned to my home town and bought 612 acres of land on the far western edge of the county." So begins, innocuously enough, J. Robert Lennon's gripping, spooky, and brilliant new novel. Unforthcoming, formal, and more than a little defensive in his encounters with curious locals, Eric Loesch starts renovating a run-down house in the small, upstate New York town of his childhood. When he inspects the title to the property, however, he discovers a chunk of land in the middle of his woods that he does not own. What's more, the name of the owner is blacked out.

Loesch sets out to explore the forbidding and almost impenetrable forest—lifeless, it seems, but for a bewitching white deer—that is the site of an eighteenth-century Indian massacre. But this peculiar adventure story has much to do with America's current military misadventures—and Loesch's secrets come to mirror the American psyche in a paranoid age. The answer to what—and who—might lie at the heart of Loesch's property stands at the center of this daring and riveting novel from the author whose writing, according to Ann Patchett, "contains enough electricity to light up the country.""

J. Robert Lennon is the author of five novels, including Mailman and The Light of Falling Stars. His stories have appeared in The Paris Review, Granta, Harper's, Playboy, and The New Yorker. He lives in Ithaca, New York, with his wife and two sons.