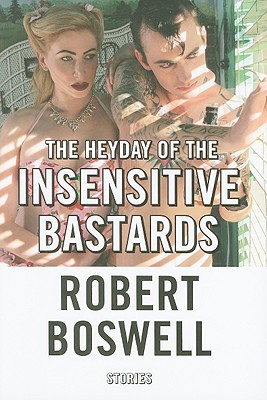 "I was twenty-nine years old and wanted to change before I hit thirty. Clete and I developed a plan for me . . . a plan that would work all that summer and beyond. Even after I left the mountain, it stuck."

Robert Boswell's extraordinary range is on full display in this crackling new collection. Set mainly in small, gritty American cities no farther east than Chicago and as far west as El Paso, each of these stories is a world unto itself.

Two marriages end, one by death, the other by divorce, and the two wives, lifelong friends, become strangers to each other. A young man's obsession with visiting a fortune-teller leaves him nearly homeless. And in the unforgettable title story, a man dubbed Keen recounts the summer he spent on a mountain with his best friend, Clete, and a loose band of slackers, living in a borrowed house, abstaining from all drugs (other than mushrooms and beer) and ultimately asking just what kind of harm we can do to one another.

“Boswell is an exuberant and enormously talented writer . . . With dazzling technical skill, intelligence, and moral seriousness, he mesmerizes us.” —The New York Times Book Review


“Boswell has a marvelous ability to create [people] who are rich in both psychological detail and idiosyncrasy. . . Mystery Ride reads so effortlessly that it often feels as though it had been written in a single sitting, just the amount of time it should take the reader to finish this absorbing story.”  —Michiko Kakutani, The New York Times

Robert Boswell is the author of five novels, two short-story collections, and a collection of essays." "He teaches creative writing at New Mexico State University, the University of Houston, and in the Warren Wilson College MFA Program.
Loading...
or
Not Currently Available for Direct Purchase