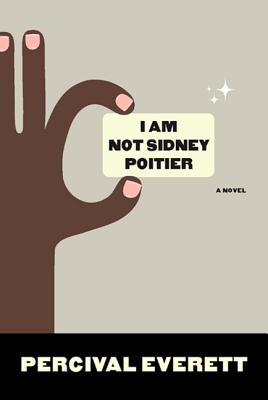 I Am Not Sidney Poitier

I Am Not Sidney Poitier is an irresistible comic novel from the master storyteller Percival Everett, and an irreverent take on race, class, and identity in America

I was, in life, to be a gambler, a risk-taker, a swashbuckler, a knight. I accepted, then and there, my place in the world. I was a fighter of windmills. I was a chaser of whales. I was Not Sidney Poitier.

Not Sidney Poitier is an amiable young man in an absurd country. The sudden death of his mother orphans him at age eleven, leaving him with an unfortunate name, an uncanny resemblance to the famous actor, and, perhaps more fortunate, a staggering number of shares in the Turner Broadcasting Corporation.

Percival Everett's hilarious new novel follows Not Sidney's tumultuous life, as the social hierarchy scrambles to balance his skin color with his fabulous wealth. Maturing under the less-than watchful eye of his adopted foster father, Ted Turner, Not gets arrested in rural Georgia for driving while black, sparks a dinnertable explosion at the home of his manipulative girlfriend, and sleuths a murder case in Smut Eye, Alabama, all while navigating the recurrent communication problem: "What's your name?" a kid would ask. "Not Sidney," I would say. "Okay, then what is it?"


Praise For I Am Not Sidney Poitier: A Novel…

“Percival Everett is a genius. He's a brilliant writer and so damn smart I envy him.” —Terry McMillan

“Percival Everett has made a career out of flouting expectations . . . [forging] a nervy, caustic body of work that defies easy categorization . . . [The Water Cure] is one of the most elliptical, eccentric protest novels you're ever likely to read.” —Los Angeles Times