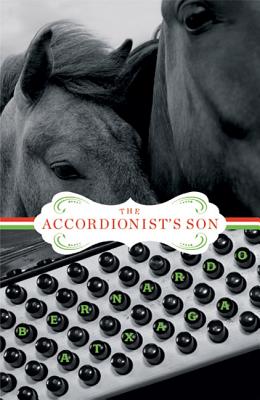 "The most accomplished novel to date by an internationally celebrated writers" (Bookforum), now in paperback.


David Imaz has spent many years living in exile in California, far from his native Basque Country. Nearing fifty and in failing health, he begins to write the story of his youth, a sweeping narrative that spans 1936 to 1999. As a young man, David divides his time between his uncle's ranch and his life in the village of Obaba, where he practices the accordion at his father's insistence— all in the shadow of the Spanish Civil War. Letters found in a hotel attic, along with a silver pistol, lead David to unravel his family's involvement in both sides of the conflict.

“ The Accordionist's Son at first beguiles us with its leisurely flow like a late summer river, but it is a dark river with streaks of blood seeping from the muddy banks of the past. The undercurrents of class divisions, very personal politics, and the sins of the fathers pull us deeper. It is a disturbing story about good and evil embedded in the struggle to save a language and a culture, a struggle that metamorphoses into terrorism.” —Annie Proulx

“Rare for our times, Bernardo Atxaga is the most important writer in the history of an ancient language. His love of words and gift for storytelling reveal the Basque language as nuanced and expressive, and The Accordionist's Son, so full of human foibles and insights, may be his best work to date.” —Mark Kurlansky