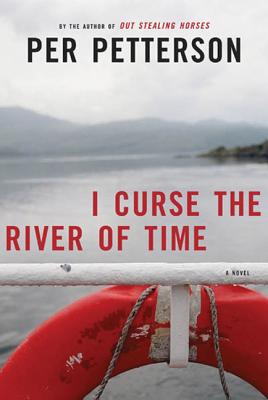 I Curse the River of Time

Per Petterson, Charlotte Barslund (Translated by)

“Fans of Out Stealing Horses will not be disappointed by Petterson's latest novel which pulses with lyrical prose. Set against the backdrop of the collapse of Communism in 1989, the story follows Arvid, who, when his mother is diagnosed with cancer, joins her at their summer house. Shifting between the present and Arvid's memories, I Curse the River of Time explores the strained relationship between mother and son, as well as Arvid's struggle to make sense of a life that has gotten away from him.”
— Natalie DelBusso, Wolfgang Books, Phoenixville, PA
View the List

Norway, 1989: Communism is unraveling all over Europe. Arvid Jansen, thirty-seven, is trying to bridge the yawning gulf that opened up years earlier between himself and his mother. He is in the throes of a divorce, and she has just been diagnosed with cancer.

Over a few intense autumn days, Arvid struggles to find a new footing in his life. As he attempts to negotiate the present changes around him, he casts his mind back to holidays on the beach with his brothers, and to the early days of his courtship. Most importantly, he revisits the idealism of his communist youth, when he chose the factory floor over the college education his mother had struggled so hard to provide. Back then, Arvid's loyalty to his working-class background outweighed his mother's wish for him to escape it.

As Petterson's masterful narrative shifts effortlessly through the years, we see Arvid tentatively circling his mother, unable to tell her what she already knows he is thinking. In its piercing portrait of their layered relationship, I Curse the River of Time bears all the hallmarks of Petterson's compassion for humanity that has won him readers the world over.


Praise For I Curse the River of Time: A Novel…

“An emotional suckerpunch. . . . Petterson blends enough hope with the gorgeously evoked melancholy to come up with a heartbreaking and cautiously optimistic work.” —Publishers Weekly, starred review

“Petterson tells another poignant, harrowing and sometimes comic story of a man coming to terms with his dying mother, his failures (job, marriage) and his failures in the eyes of his mother: 'You squirt!' But mother and son are bound by feelings and memories for which even the word 'love' doesn't do justice.” —The Wall Street Journal

“All the inevitability of life, its fragile glue and the doubts that stalk the survivors are summoned and considered in Petterson's candid, allusive fiction. There is no easy sentiment, only genuine emotional power. His tender new novel is as masterfully evocative as In the Wake and Out Stealing Horses, as gentle as To Siberia, and as exceptional as all three.” —The Irish Times

“Though Petterson is often compared to Hemingway and Carver, he has etched a vernacular all his own. The loveliness of his prose lies not only with its distilled nature, but also in its repetitions and unexpected cadences, which infuse his style with a tenderness unseen in other spare prose virtuosos.” —The Collagist

“The atmosphere of this latest from Petterson, famed for the IMPAC Dublin Literary Award winner Out Stealing Horses, is as gray as the stark Norwegian landscape. Melancholy permeates every character like a dense Oslo fog. Yet, this author's gift is his ability to convey so much emotion in such a sparse prose style.” —Library Journal, starred review

“[Petterson] offers here a kind of origami novel: time bends and folds around the characters so they are both young and old, healthy and sick, dead and alive. His considerable skill is evident in the clarity with which readers are immersed in each chapter--though we may leap backwards and forwards on the temporal plane, we never stumble or trip. . . . The final product is something important, lovely, and a bit mysterious.” —Foreword Magazine

“[Petterson] deftly alternates between present and past. . . . His prose is elegant and spare.” —Booklist

“Petterson's spare and deliberate prose has astonishing force.” —The New Yorker on Per Petterson

“Reading a Petterson novel is like falling into a northern landscape painting--all shafts of light and clear palpable chill.” —Time on Per Petterson

“I was completely taken with Out Stealing Horses from the first page. I found it powerful yet so quietly done I could hear myself breathe, and I finished with an exhalation of awe. ” —AMY TAN