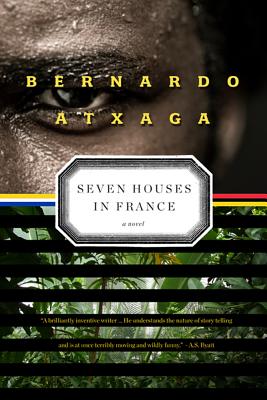 A brooding novel of colonial intrigue in the Congo, from the author of The Accordionist's Son and Obabakoak

The year is 1903, and the garrison of Yangambi on the banks of the Congo is under the command of Captain Lalande Biran. The captain is also a poet whose ambition is to amass a fortune and return to the literary cafés of Paris. His glamorous wife, Christine, has a further ambition: to own seven houses in France, a house for every year he has been abroad. At Lalande Biran's side are the ex-legionnaire van Thiegel, a brutal womanizer, and the servile, treacherous Donatien, who dreams of running a brothel. The officers spend their days guarding enslaved rubber-tappers and kidnapping young girls, and at their hands the jungle is transformed into a wild circus of human ambition and absurdity. But everything changes with the arrival of a new officer and brilliant marksman: the enigmatic Chrysostome Liege. An outstanding new novel from the critically acclaimed and prizewinning author Bernardo Atxaga, Seven Houses in France is a blackly comic tale which reveals the darkest sides of human desire.


Praise For Seven Houses in France: A Novel…

“Atxaga's novel is much more than a mere chronicle of the colonial era. Inevitably, the reader thinks of Conrad's Heart of Darkness. . . but Atxaga's story focuses on more intimate corruptions, disappearances more personal and profound, on anxieties more in the spirit of Camus than in the author of Lord Jim.” —El País

Bernardo Atxaga is a prizewinning novelist and poet, whose books, including Obabakoak and The Accordionist's Son, have won critical acclaim in Spain and abroad. His works have been translated into twenty-two languages, and he lives in the Basque country.