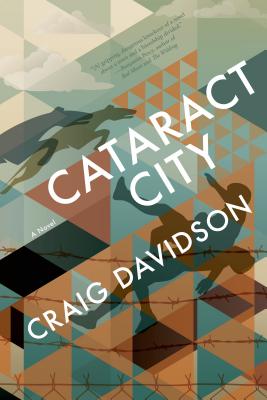 A searing novel about two friends on opposite sides of the law, from the author of Rust and Bone, "a writer of immense power" (Peter Straub)

On the Canadian side of Niagara Falls, life beyond the tourist trade isn't easy. Locals like Duncan Diggs and Owen Stuckey have few chances to leave. For Duncan, that means shift work on a production line. For Owen, it means pinning it all on a shot at college basketball. But they should know better; they've been unlucky before. As boys, they were abducted and abandoned in the woods. Though they made it out alive, the memory of that time won't fade. Over the years they drift apart, but when Duncan is drawn into a chaotic world of bare-knuckle fighting and other shady dealings, Owen, now a cop, can't look the other way any longer. Together, they'll be forced to survive the wilderness once more as their friendship is pushed to the limit in Cataract City, a white-hot novel by the rising star Craig Davidson.


Praise For Cataract City: A Novel…

“A master of boxing and fight scenes, Davidson knows that behind those violent moments lurk the layers of emotion and dysfunction that hold many relationships together.” —BuzzFeed, "15 Highly Anticipated Books from (Mostly) Small Presses"

“Davidson makes Cataract City itself into a character, and brilliantly evokes life in a gritty industrial town. . . . The characters, audacious sweep of the story, and propulsive noir writing make this novel a standout. To live in Cataract City, Duncan observes, is ‘to accept many disappointments'; Davidson's novel, on the other hand, lives up to its promise.” —Publishers Weekly, starred review

“The icy chase scene that brings things to a head is worthy of Hitchcock, and Davidson's writing is assured and nuanced even while giving tough-guy noir a good working over. ‘It's a big world out there,' our narrator tells us. So it is, and while you wouldn't want to live in this corner of it, it's well worth a visit.” —Kirkus Reviews

“Craig Davidson not only dives headfirst into the deep end of thriller fiction, but perfects it while showing the dedication and skill needed to jump in the first place.” —The Summerset Review

Craig Davidson is the author of Rust and Bone, which was made into a critically acclaimed film; Sarah Court; and The Fighter. He is a graduate of the Iowa Writers' Workshop, and his work has appeared in Esquire, GQ, and The Washington Post. He lives in Toronto.