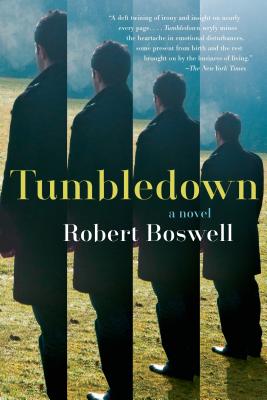 "A complicated, nuanced look at human experience and the insights into that experience contributed by people of varying kinds of intelligence." —The Washington Post

"A deft twining of irony and insight on nearly every page . . . Tumbledown wryly mines the heartache in emotional disturbances, some present from birth and the rest brought on by the business of living." —The New York Times

"Within a suspenseful plot spiked with love triangles and flashbacks, Boswell renders each complex psyche and scene with magnificent precision and penetrating vision, fine-tuning our definitions of disorder and healing and deepening our perception of what it is to be normal, what it is to be human." —Booklist (starred review)

"Like a funnier One Flew Over the Cuckoo's Nest, this story focuses on a therapist and his wild yet well-meaning patients, bumbling through life, trying to make sense of the world and one another." —O, The Oprah Magazine, Ten Titles to Pick Up Now

"Boswell can write the most refreshingly old-fashioned kind of narrative: one that evokes deep sympathy for all its characters . . . All the novel's characters know that in adulthood they're supposed to settle for ‘what could pass for a normal life. Maybe it was a C- sort of life, but that was a passing grade.' Still, they want to keep hope, wonder and love in their lives . . . Without a whiff of sentimentality, he shows exactly how elusive such balance can be." —The New York Times Book Review