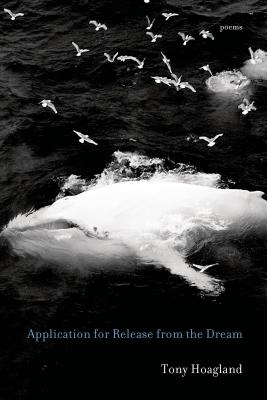 Application for Release from the Dream

The eagerly awaited, brilliant, and engaging new poems by Tony Hoagland, author of What Narcissism Means to Me

The parade for the slain police officer
goes past the bakery

and the smell of fresh bread
makes the mourners salivate against their will.

—from "Note to Reality"

Are we corrupt or innocent, fragmented or whole? Are responsibility and freedom irreconcilable? Do we value memory or succumb to our forgetfulness? Application for Release from the Dream, Tony Hoagland's fifth collection of poems, pursues these questions with the hobnailed abandon of one who needs to know how a citizen of twenty-first-century America can stay human. With whiplash nerve and tender curiosity, Hoagland both surveys the damage and finds the wonder that makes living worthwhile. Mirthful, fearless, and precise, these poems are full of judgment and mercy.


Praise For Application for Release from the Dream: Poems…

“Tony Hoagland is a provocateur, a brash interventionist, a deeply engaged Whitmanian poet and critic who poses, like the master, as ‘one of the roughs.'” —Edward Hirsch on Tony Hoagland

Tony Hoagland is the author of four previous poetry collections, including Unincorporated Persons in the Late Honda Dynasty and What Narcissism Means to Me, a finalist for the National Book Critics Circle Award. He is also the author of two collections of essays, Twenty Poems That Could Save America and Other Essays and Real Sofistikashun: Essays on Poetry and Craft. He has received the Jackson Poetry Prize from Poets & Writers, the Mark Twain Award from the Poetry Foundation, and the O. B. Hardison, Jr. Poetry Prize from the Folger Shakespeare Library. He teaches at the University of Houston and in the low-residency MFA program at Warren Wilson College. He lives in Santa Fe, New Mexico.
Loading...
or
Not Currently Available for Direct Purchase