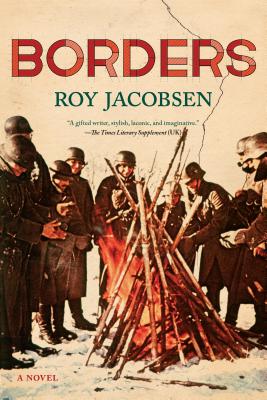 A sweeping novel of World War II, set in the Ardennes, from the acclaimed author of Child Wonder

The Ardennes, a forested, mountainous borderland that spans France, Germany, Belgium, and Luxembourg, was crucial to Hitler's invasion of France and host to the Battle of the Bulge. In a small valley among these borders lives Robert, born of an affair between an American GI and the Belgian nurse who rescued him. In his father's absence, Robert finds a mentor in Markus Hebel, who has faked blindness ever since serving as a Wehrmacht radio operator in Russia. Markus, in turn, confides his secret to Robert--and then he tells the story of his own son, whose fanatical loyalty to Hitler left him trapped during the siege of Stalingrad. In Borders, Roy Jacobsen brilliantly layers these stories of impossible choices between familial love and national identity, culminating in a nuanced, probing novel of shifting wartime loyalties.

Roy Jacobsen is one of the most celebrated and influential contemporary writers in Norway. Child Wonder was awarded the Norwegian Booksellers' Prize and The Burnt-Out Town of Miracles was short-listed for the International Dublin IMPAC Literary Award.
Loading...
or support indie stores by buying on
(This book is on backorder)