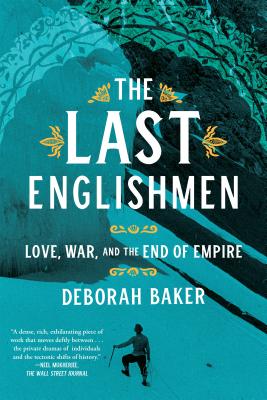 
Praise For The Last Englishmen: Love, War, and the End of Empire…

“An extraordinarily deft account of the complexities of love and empire, in India and Britain, from the 1920s through independence and partition in 1947 and beyond.”—BookPost

1. There are multiple ways in which the title The Last Englishmen can be interpreted. In what ways could each of the men Baker writes about be considered “last Englishmen?”

2. What was the significance of John Auden and Michael Spender’s 1937 survey expedition to the Karakoram? Why were accurate topographical maps of these remote and inaccessible mountains considered important?

3. Brothers John and Wystan (W. H.) Auden were both concerned with manliness, seeing in each other aspects of masculinity they felt were lacking in themselves. To what extent was masculinity integral to this generation of Englishmen? How do John and Wystan’s feelings about masculinity and Englishness change over the course of the book?

4. What role did the quest to reach the summit of Mount Everest play in England’s effort to project its power over India? Why were all the European powers so invested in climbing the tallest mountains of the Himalaya during the 1930s?

5. A number of well-known historical figures, such as Winston Churchill and Gandhi, appear in the book. Sometimes they cross paths with the book’s main subjects, sometimes they are just objects of curiosity, speculation, or gossip. How are they important to the story of The Last Englishmen?

6. How does Baker’s portrayal of Churchill differ from the more heroic treatments we have seen in recent films like “The Darkest Hour” or in the TV series “The Crown?”

7. How were geological survey and mapmaking technologies repurposed for warcraft and intelligence? What benefits did postwar India derive from being rapidly industrialized into a wartime economy?

8. Despite the fact that England refused to promise India independence in exchange for support of the war, Sudhin Datta, John Auden’s best friend in Calcutta, was prepared to enlist on behalf of the Allies after the fall of France. What do you think this decision says about his loyalties?

9. How do the recent historical reappraisals of India’s wartime role change our perceived narrative of WWII? What lessons can be learned?

10. In 1938 both John Auden and Michael Spender fell in love with a London painter named Nancy Sharp. What role does Nancy play in this book largely about men and largely set in India?