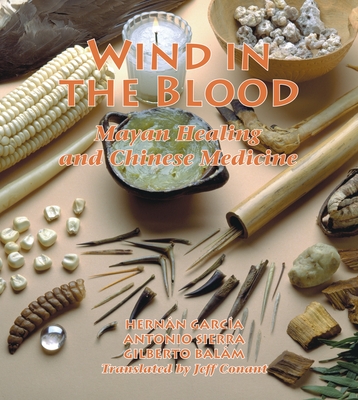 Wind in the Blood

Wind in the Blood is a detailed look at Mayan medicine on Mexico's Yucatan peninsula and its similarities to Chinese traditional medicine. It was originally published in Spanish as a manual for health workers in Mayan areas to bridge the gulf between Western medcal technique and Mayan medical knowledge. Mexican physicians Hernan Garcia, Antonio Sierra, and Hiberto Balam discovered that the similarities between Mayan medicine and traditional Chinese medcine were profound and helpful in their medical work.

Praise For Wind in the Blood: Mayan Healing and Chinese Medicine…

"The authors skillfully weave together the fabric of traditional Mayan medicine, using Chinese medicine as the loom. The result is a rich and complex tapestry of indigenous healing practices and contemporary Mayan culture that will surprise and delight a North American audience."
- Medea Benjamin

Translator Jeff Conant is the lead author of A Community Guide to Environmental Health (Hesperian Foundation, 2008); his articles and essays have been published in independent media and anthologized in the books Dam Nation: Dispatches from the Water Underground, Confronting Capitalism, We Are Everywhere, and Tipping the Sacred Cow. His book, A Poetics of Resistance: Strategy and Symbol in the Zapatista Communiqués, Being a True Tale of a Possible Better World in its First Untamed Imaginings is forthcoming from AK Press in 2009. His training in Shiatsu and acupressure and work in community development in southern Mexico deeply informed his work translating Wind in the Blood. He currently lives in Northern California.
Loading...
or
Not Currently Available for Direct Purchase