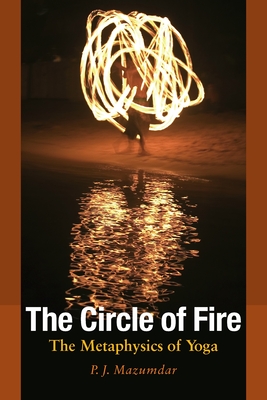 The Circle of Fire (Paperback)

The Metaphysics of Yoga

The Circle of Fire examines the eternal metaphysical questions “What is God?” and “What is the purpose of life?” The book discusses the answers to these questions given by Western science and different schools of Indian thought, specifically detailing the answers to be found in India's two most developed atheistic traditions, Hinduism and Buddhism.

Representative of a generation of Indians who have grown up with the best in scientific education and spiritual values, author P.J. Mazumdar takes a hard look at religion, science, and how two seemingly divergent bodies of knowledge can be brought together. Like Deepak Chopra a generation earlier, Mazumdar is both a medical doctor and a member of a family steeped in Hindu tradition, and is therefore well-placed to elucidate ancient Indian philosophy to the modern analytical mind. Acknowledging the metaphysical insights to be found in both Western science and Eastern spirituality, Mazumdar pays special attention to the highest school of philosophy of Hinduism, Advaita, and its application to practical spirituality through the teachings and practice of Yoga.

The book takes its structure from the Vedas, and is similarly divided into Jnanakanda (Knowledge) and Karmakanda (Actions); the first part examines the body of knowledge from European and Indian sources addressing the question of God and the second part looks at practical ways of applying this knowledge through different schools of Hindu and Buddhist philosophy. The book explores the purest form of nondual Hindu philosophy, Advaita, and points out how the theories underpinning Buddhism and Advaita, although they appear to contradict each other, are the only theories that remain consistent with the findings of modern science. The author makes the brave assertion that ultimately one or the other will be the theory realized by science as the ultimate metaphysical truth.

Like other books on the meeting of science and spirituality (Fritzjof Capra's 80s classic The Tao of Physics) and the necessity of a scientifically compatible notion of God (Richard Dawkin's The God Delusion), The Circle of Fire is ambitious in scope and a challenging, rewarding read.

P.J. Mazumdar holds an MBBS and MS from Guwahati Medical College in Assam, northeastern India. He works as an ENT surgeon and has published his poetry in India, the UK, and the US.

He is a member of the Assamese community of the northeastern part of India. Originally from Hajo, a town centered on the famous Hayagrib Madhob temple of which his family has been part of the traditional administrators, he has been brought up in the rich traditions of Hinduism.

Mazumdar's influences include the saints Sankardeva of Assam and Ramakrishna Paramahamsa of Bengal, whose syncretic teachings combine the unbending rationalism of Advaita philosophy with the devotion of the Bhakti tradition.

Praise For The Circle of Fire: The Metaphysics of Yoga…

"This superb book tackles the difficult questions contained in the metaphysics of Yoga with great clarity, so that to-day's educated laymen, eager to understand these great truths, will find it comparatively easy to comprehend them. P.J. Mazumdar is a distinguished Indian surgeon, and is thus able to bring, through his knowledge of modern science, the necessary lucidity to find the satisfactory congruence with contemporary knowledge and the ancient hallowed teachings of Advaita Vedanta and Non-Dualism.… I am confident that this book will serve as an indispensible guide for all those earnest readers keen to follow and understand the essential wisdom of the major Upanashadic Truths, still applicable more than ever for the modern man and woman."
—Alan Jacobs , President of the Ramana Maharshi Foundation UK
or
Not Currently Available for Direct Purchase
Copyright © 2020 American Booksellers Association