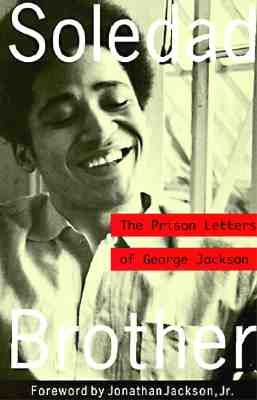 The Prison Letters of George Jackson

A collection of Jackson's letters from prison, Soledad Brother is an outspoken condemnation of the racism of white America and a powerful appraisal of the prison system that failed to break his spirit but eventually took his life. Jackson's letters make palpable the intense feelings of anger and rebellion that filled black men in America's prisons in the 1960s. But even removed from the social and political firestorms of the 1960s, Jackson's story still resonates for its portrait of a man taking a stand even while locked down.

Praise For Soledad Brother: The Prison Letters of George Jackson…

“The most important single volume from a black since The Autobiography of Malcolm X.”  —Julius Lester, The New York Times Book Review

"The power of George Jackson's personal story remains painfully relevant to our nation today, with its persisten racism, its hellish prisons, its unjust judicial system, and the poles of wealth and poverty that are at the root of all that. I hope the younger generation, black and white, will read Soledad Brother."  —Howard Zinn, author, A People's History of the United States