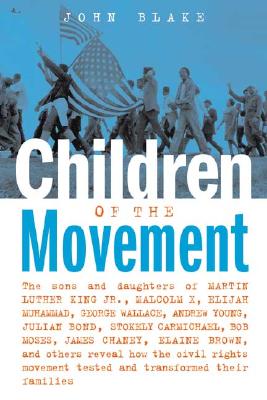 Children of the Movement

Profiling 24 of the adult children of the most recognizable figures in the civil rights movement, this book collects the intimate, moving stories of families who were pulled apart by the horrors of the struggle or brought together by their efforts to change America. The whole range of players is covered, from the children of leading figures like Martin Luther King Jr. and martyrs like James Earl Chaney to segregationists like George Wallace and Black Panther leaders like Elaine Brown. The essays reveal that some children are more pessimistic than their parents, whose idealism they saw destroyed by the struggle, while others are still trying to change the world. Included are such inspiring stories as the daughter of a notoriously racist Southern governor who finds her calling as a teacher in an all-black inner-city school and the daughter of a famous martyr who unexpectedly meets her mother’s killer. From the first activists killed by racist Southerners to the current global justice protestors carrying on the work of their parents, these profiles offer a look behind the public face of the triumphant civil rights movement and show the individual lives it changed in surprising ways.

John Blake is a reporter for the Atlanta Journal-Constitution, for which he has written several award-winning stories on civil rights. He has received feature writing awards from the Associated Press, the Georgia Press Association, the Atlanta Association of Black Journalists, and the Society of Professional Journalists. He lives in Atlanta, Georgia.
Loading...
or
Not Currently Available for Direct Purchase