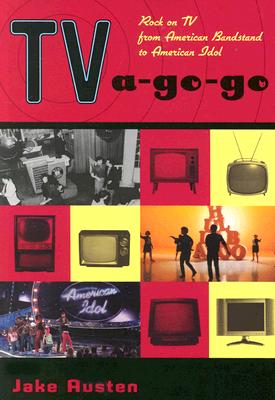 Rock on TV from American Bandstand to American Idol

From Elvis and a hound dog wearing matching tuxedos and the comic adventures of artificially produced bands to elaborate music videos and contrived reality-show contests, television—as this critical look brilliantly shows—has done a superb job of presenting the energy of rock in a fabulously entertaining but patently "fake" manner. The dichotomy of "fake" and "real" music as it is portrayed on television is presented in detail through many generations of rock music: the Monkees shared the charts with the Beatles, Tupac and Slayer fans voted for corny American Idols, and shows like Shindig! and Soul Train somehow captured the unhinged energy of rock far more effectively than most long-haired guitar-smashing acts. Also shown is how TV has often delighted in breaking the rules while still mostly playing by them: Bo Diddley defied Ed Sullivan and sang rock and roll after he had been told not to, the Chipmunks' subversive antics prepared kids for punk rock, and things got out of hand when Saturday Night Live invited punk kids to attend a taping of the band Fear. Every aspect of the idiosyncratic history of rock and TV and their peculiar relationship is covered, including cartoon rock, music programming for African American audiences, punk on television, Michael Jackson's life on TV, and the tortured history of MTV and its progeny.

Praise For TV-a-Go-Go: Rock on TV from American Bandstand to American Idol…

"Sprawling, high-definition retrospective of pop music on the tube." —Giant


"Takes up the cause of nearly every pariah music elitists love to pillory." —Time Out Chicago


"Impressive . . . Not only informative but a heck of a lot of fun." —Chicago Sun-Times


"A wonderful romp through rock TV . . . with an ideal tour guide at hand." —Chicago Journal

Jake Austen is the editor of Roctober magazine, produces a cable-access children's television rock show called Chic-a-Go-Go, and writes for magazines including Playboy. He is the editor of A Friendly Game of Poker.
Loading...
or
Not Currently Available for Direct Purchase