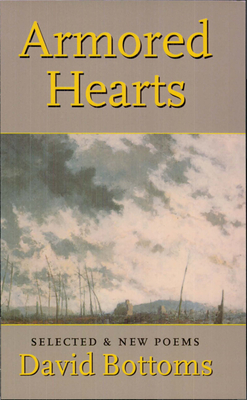 Armored Hearts offers the power of idiomatic narrative at its naked best. David Bottoms joins a generous collection of new poems with those selected from four previous volumes published to critical and popular acclaim, locating a mythic dimension within common experience. He presents dramatic stories in rich language falling in natural and captivating cadences until we are caught up in his world, forced finally to look into our own innermost nature. Naming Bottoms the winner of the Walt Whitman Award of the Academy of American Poets in 1979, Robert Penn Warren noted, In his vision the actual world is not transformed, but illumnated. Bottoms brings us into the terrain of ruin and hope and beauty, reminding us again and again that it is our own temporal reality, not the real world, that is fragile.

David Bottoms, Poet Laureate of Georgia, teaches at Georgia State University in Atlanta. He is the author of four books of poetry and is the founding editor of Five Points magazine. His poems have appeared in The Atlantic, The New Yorker, and Harper's. He is an avid guitar player, mandolin player, and fan of bluegrass and old-time country music.
Loading...
or
Not Currently Available for Direct Purchase