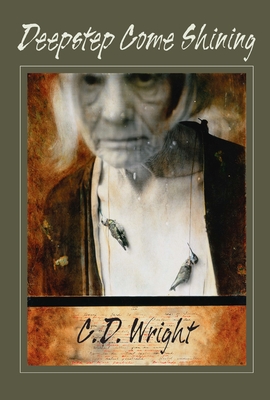 Rebellious and fiercely lyrical, the poems of C.D. Wright incorporate elements of disjunction and odd juxtaposition in their exploration of unfolding context. In my book, she writes, poetry is a necessity of life. It is a function of poetry to locate those zones inside us that would be free, and declare them so. C.D. Wright was born and raised in the Ozark Mountains of Arkansas. She has received numerous awards for her work, including grants from the National Endowment for the Arts, the Guggenheim Foundation, the American Academy and Institute for Arts and Letters, and the Lila Wallace-Reader's Digest Foundation. She teaches at Brown University in Rhode Island. Expertly elliptical phrasings, and an uncounterfeitable, generous feel for real people, bodies and places, have lately made Wright one of America's oddest, best and most appealing poets. Her tenth book consists of a single long poem whose sentences, segments and prose-blocks weave loosely around and about, and grow out of, a road trip through the rural South. Clipped twangs, lyrical 'goblets of magnolialight, ' and recurrent, mysterious, semi-allegorical figures like 'the snakeman' and 'the boneman' share space with place names, lexicographies, exhortations and wacky graffiti ('God is Louise').... cherish Wright's latest 'once-and-for-all thing, opaque and revelatory, ceaselessly burning.'--Publishers Weekly For me, C.D. Wright's poetry is river gold. 'Love whatever flows.' Her language is on the page half pulled out of earth and rivers--still holding onto the truth of the elements. I love her voice and pitch and the long snaky arms of her language that is willing to hold everything--human and angry and beautiful.--Michael Ondaatje C.D. Wright is entirely her own poet, a true original.--The Gettysburg Review

C.D. Wright, a Professor of English at Brown University, is the author of eleven books of poetry, as well as several collaborative works with photographer Deborah Luster, most recently One Big Self: Prisoners of Louisiana. She has earned fellowships from the MacArthur and Guggenheim foundations, and is the recipient of a Lannan Literary Award. She lives in Rhode Island.
Loading...
or support indie stores by buying on