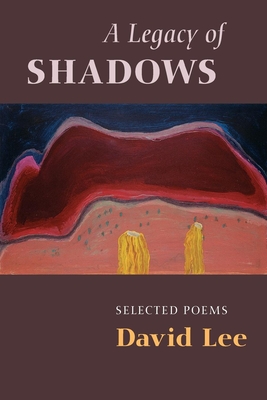 A Legacy of Shadows

if i should die before I wake...

wasn't nothing they could do
but wait and see

didn't even know it was gone
alone in there, blind and lost

until the next firestorm come
to finish him off

The PBS-TV documentary on David Lee was entitled The Pig Poet, and according to The Denver Post that sobriquet didn't bother Utah's poet Laureate: I've rarely in my life been without a pig. Pigs, and the gentle-hearted redneck roustabout John, feature prominently in Lee's narratives and are integral to what he calls his aural agrarian saga. This saga, written over the past two decades, is also populated with some of the most authentically drawn characters since those of Mark Twain. Lee's small-town universe is frequented by tragedy and near-tragedy, and transcendence most often arrives in the form of salvaged humor, whether ironic, self-depricating, or ribald.

David Lee's pig poems are the best thing to happen to animals in poetry since Kit Smart's cat.'-Thomas McGrath

Lee's calculatedly simple narratives are wonderfully wrought. His is a welcome voice, neither academic nor urban.-Booklist

David Lee, author of eight books of poetry, was Utah's first Poet Laureate. A former seminary candidate, semi-pro baseball player, and hog farmer, he has a Ph.D. with a concentration in Milton and is the recently retired head of the Languages and Literature department at Southern Utah University.
Loading...
or support indie stores by buying on