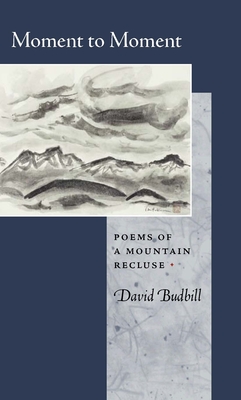 Poems of a Mountain Recluse

Alternating between the loveable irrascibility and self-mocking humor reminiscent of the poet Cold Mountain (Han Shan), Budbill's poems view the modern world from the viewpoint of a New England hermit-scholar. Remarkable for their generous spirit, accessibility and biting criticism, these poems present a poet of strong mind and voice.

Budbill both informs and moves. He is, in short, a delight and a comfort.- Wendell Berry

Budbill writes out of the real, contemporary, New England, not from the past, not from the cellar holes. He speaks from the New England which is Appalachia - poverty, exploitation, and good people.-Donald Hall

David Budbill is the author of numerous books of poetry, ?ction, and drama, and is an occasional commentator on NPR's All Things Considered. With bassist William Parker, Budbill performs a duet collaboration entitled Zen Mountains / Zen Streets. He lives in rural Vermont.

For the past thirty-five years, David Budbill has lived on a remote mountain in northern Vermont. His awards include fellowships from the Guggenheim Foundation and National Endowment for the Arts, as well as a lifetime achievement award from the Vermont Arts Council. A former commentator on NPR's All Things Considered, his poetry is featured frequently on Garrison Keillor's The Writer's Almanac.
Loading...
or support indie stores by buying on