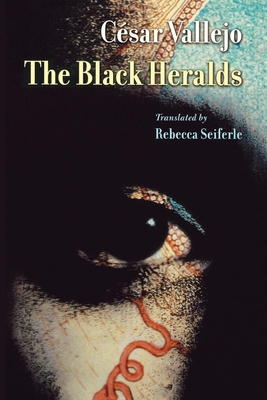 Throughout his life, C sar Vallejo (1892-1938) focused on human suffering and the isolation of people victimized by inexplicable forces. One of the great Spanish language poets, he merged radical politics and language consciousness, resulting in the first examples of a truly new world poetry.

In this bilingual volume, translator Rebecca Seiferle attempts to undo the "colonization" of Vallejo in other translations. As Seiferle writes in her introduction: "Reading and translating Vallejo has been a long process of trying to meet him on his own terms, to discover what those terms were within the contexts of his particular time and, finally, taking his word for it."

And in this frigid hour, when the earth
smells of human dust and is so sad,
I want to knock on every door
and beg forgiveness of I don't know whom,
and bake bits of fresh bread for him,
here, in the oven of my heart...

C sar Vallejo (1892-1938) was born in Peru to a family of mixed Spanish and native descent. He wrote two books of poetry, the second of which was partly composed during a short prison term. Disappointed by the reception of his poetry in his own country, Vallejo moved to Paris, where he became active in Marxist politics and the antifascist campaign in Spain, while publishing essays, political -articles, a play, and short stories. Vallejo died in Paris, in utter poverty, on the day Franco's armies entered Madrid.