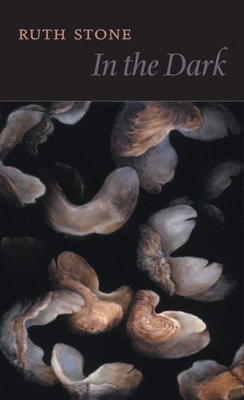 When asked whether poets improve with age Ruth Stone, 89, replied: "There's no question. If your brain goes on and on, as it should under normal conditions, there's more in it and your writing will get more profound."

Having come this far
with a handful of alphabet,
I am forced,
with these few blocks,
to invent the universe

Science, politics, art, and fellow small-town citizens all play pivotal roles in her poems. From the cilia in the ear of an owl to cheap paint peeling off the walls, Ruth Stone presents a world dissected and revealed:

Asphalt is a kind of urban lava flow
that creeps from plot to plot along a street;
affluent, weedless, slow, and cancerous;
pressure from the magma populace
for easy maintenance; neat status-symbolic,
easy to wash with the garden hose
.

"Her poems startle us over and over," Galway Kinnell said when presenting Stone the Wallace Stevens Award, "with their shapeliness, their humor, their youthfulness, their wild aptness . . . the moral gulps they prompt, their fierce exactness of language and memory."

Ruth Stone is the author of nine books of poetry. She is the recipient of the National Book Award, the National Book Critics Circle Award, a Whiting Award (with which she bought plumbing for her house) and two Guggenheim Fellowships (one of which roofed her house). After her husband committed suicide, she was forced to raise three daughters alone. For twenty years she taught creative writing at many universities, finally settling at Binghamton University. Today, Ruth Stone lives in Vermont.

Ruth Stone is the author of nine books of poetry, for which she has received the National Book Award, the Wallace Stevens Award, a National Book Critics Circle Award, and the Shelley Memorial Award. She taught creative writing at many universities, finally settling at SUNY Binghamton. She lives in Vermont.
Loading...
or support indie stores by buying on