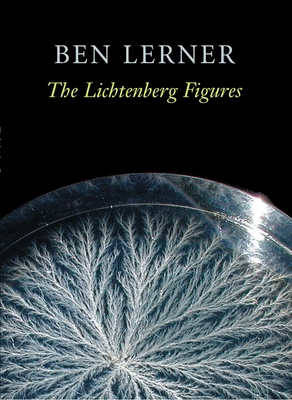 The Lichtenberg Figures, winner of the Hayden Carruth Award, is an unconventional sonnet sequence that interrogates the relationship between language and memory, violence and form. "Lichtenberg figures" are fern-like electrical patterns that can appear on (and quickly fade from) the bodies of people struck by lightning.

Throughout this playful and elegiac debut--with its flashes of autobiography, intellection, comedy, and critique--the vocabulary of academic theory collides with American slang and the idiom of the Old Testament meets the jargon of the Internet to display an eclectic sensibility.

Ben Lerner, the youngest poet ever published by Copper Canyon Press, is co-founder of No: a journal of the arts. He earned an MFA from Brown University and is currently a Fulbright scholar in Spain.

Ben Lerner is the author of three books of poetry and was named a finalist for the National Book Award for his second book, Angle of Yaw. He holds degrees from Brown Univeristy, co-founded No: a journal of the arts, and teaches at the University of Pittsburgh.
Loading...
or support indie stores by buying on