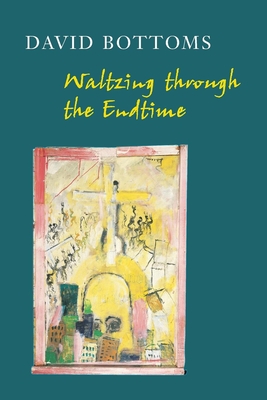 Waltzing Through the Endtime

In these 14 poems, David Bottoms waltzes through the "Christ-haunted South" and highlights how and where the afterlife intersects our daily lives. In a strong and musical voice, Bottoms, the poet laureate of Georgia, modernizes the narrative traditions of the American South. He encounters the ghosts of musicians and recounts strange instances of religious visitation:

Like my neighbor again who grew a yellow rose
wilted with the sign of the cross, or his sister in Biloxi
who once saw the virgin swimming
in a bowl of vegetable soup.
Accolades, yes, to Ramona Barreras
of Phoenix, Arizona, who pulled from her oven
in 1977
a tortilla scorched with the face of Christ,
which may or may not
have been the face that appeared
some ten years later in Bras D'Or
on an outside wall of a Tim Horton's Restaurant,
though both made the papers
and drew their share of pilgrims

"What does it mean," Bottoms asks, "that God keeps stamping his image on pastry and French toast, on biscuits lightly burned around the edges?" At the core of this book is a seeker, a person trying to make sense out of an unintelligible world, confronting the darkest dimensions of human nature, and writing a gorgeous, meta-physically charged poetry.

David Bottoms, the Poet Laureate of Georgia, teaches at Georgia State University in Atlanta. He is the author of four books of poems and founding editor of Five Points magazine. His work has been featured on National Public Radio and on The Southern Voice, a television series profiling Southern writers.

David Bottoms, Poet Laureate of Georgia, teaches at Georgia State University in Atlanta. He is the author of four books of poetry and is the founding editor of Five Points magazine. His poems have appeared in The Atlantic, The New Yorker, and Harper's. He is an avid guitar player, mandolin player, and fan of bluegrass and old-time country music.
Loading...
or support indie stores by buying on