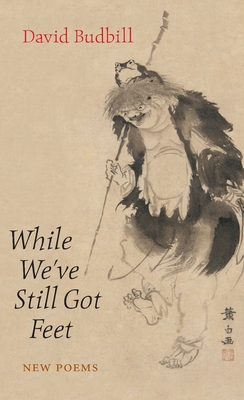 While We've Still Got Feet

Familiar to listeners of National Public Radio, David Budbill is beloved by legions for straightforward poems dispatched from his hermitage on Judevine Mountain. Inspired by classical Chinese hermit poets, he follows tradition but cannot escape the complications and struggles of a modern solitary existence. Loneliness, aging and political outrage are addressed in poems that value honesty and simplicity and deplore pretension.

For more than three decades, David Budbill has lived on a remote mountain in northern Vermont writing poems, reading Chinese classics, tending to his garden and, of course, working on his website. Budbill has been featured more than any other author on Garrison Keillor's The Writer's Almanac.

For the past thirty-five years, David Budbill has lived on a remote mountain in northern Vermont. His awards include fellowships from the Guggenheim Foundation and National Endowment for the Arts, as well as a lifetime achievement award from the Vermont Arts Council. A former commentator on NPR's All Things Considered, his poetry is featured frequently on Garrison Keillor's The Writer's Almanac.
Loading...
or
Not Currently Available for Direct Purchase