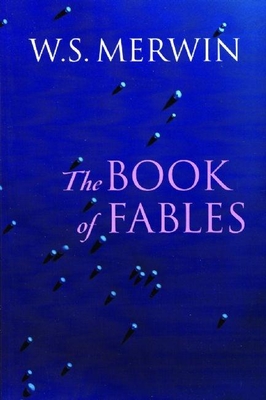 The Book of Fables (Paperback)

"Metaphors, puns, surrealist visions, converted into sharp, disturbing little narratives . . . only a poet, and a good one, could have written it."--The Atlantic Monthly

W.S. Merwin's acclaimed short prose--many of which first appeared in The New Yorker--blur the distinction between fiction, poetry, essay, and memoir. Reminiscent of Kafka, Borges, and Beckett, they evoke mythical patterns and unlikely adventures and raise questions about art, reality, and meaning. As the Saturday Review remarked, they have "astonishing range and power."

The Book of Fables is an affordable paperback of all the short prose from two out-of-print collections, The Miner's Pale Children and Houses and Travellers. The pieces run from a single sentence to a dozen pages and create a poetic landscape both severe and sensuous.

You are a garden into which a bomb once fell and did not explode, during a war that happened before you can remember. It came down at night. It screamed, but there were so many screams. It was heard, but it was forgotten. It buried itself. It was searched for but it was given up. So much else had been buried alive . . .

Poet and translator W.S. Merwin has long been committed to artistic, political, and environmental causes in both word and deed. He has received nearly every major literary accolade, including the 2005 National Book Award in Poetry for Migration. Merwin lives in Hawaii, where he cultivates endangered palms.

W.S. Merwin is one of America's leading poets. His prizes include the 2005 National Book Award for his collected poems, Migration, the Pulitzer Prize, the Stevens Award, and fellowships from the Guggenheim Foundation and Lannan Foundation. He is the author of dozens of books of poetry and translations. He lives in Hawaii, where he cultivates endangered palm trees.
or support indie stores by buying on
Copyright © 2020 American Booksellers Association