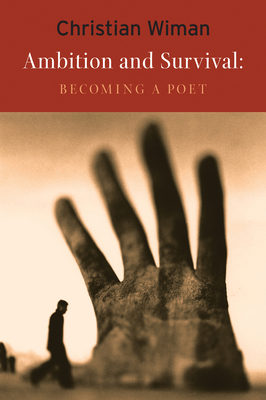 "Blazing high style" is how The New York Times describes the prose of Christian Wiman, the young editor who transformed Poetry, the country's oldest literary magazine.

Ambition and Survival is a collection of stirring personal essays and critical prose on a wide range of subjects: reading Milton in Guatemala, recalling violent episodes of his youth, and traveling in Africa with his eccentric father, as well as a series of penetrating essays on writers as diverse as Thomas Hardy and Janet Lewis. The book concludes with a portrait of Wiman's diagnosis of a rare form of incurable and lethal cancer, and how mortality reignited his religious passions.

When I was twenty years old I set out to be a poet. That sounds like I was a sort of frigate raising anchor, and in a way I guess I was, though susceptible to the lightest of winds. . . . When I read Samuel Johnson's comment that any young man could compensate for his poor education by reading five hours a day for five years, that's exactly what I tried to do, practically setting a timer every afternoon to let me know when the little egg of my brain was boiled. It's a small miracle that I didn't take to wearing a cape.

Praise for Ambition and Survival

That calling, at once religious, ethical, and aesthetic, is one that only a genuine poet can hear--and very few poets can explain it as compellingly as Mr. Wiman does. That gift is what makes Ambition and Survival, not just one of the best books of poetry criticism in a generation, but a spiritual memoir of the first order.
--New York Sun

Wiman is] a terrific personal essayist, as this new collection illustrates, with the command and instincts of the popular memoirist ... This is a brave and bracing book. --Booklist

Christian Wiman's poems often spoke of a void, and then they stopped. In Ambition and Survival, Poetry magazine's editor rediscovers his spirituality and his voice.--Chicago Sun-TimesChristian Wiman is the editor of Poetry magazine. His poems and essays appear regularly in The New Yorker, The Atlantic Monthly, Harper's, and The New York Times Book Review. He is the author of several books of poetry, including The Long Home (isbn 9781556592690) and Hard Night (isbn 9781556592201).

Christian Wiman was born and raised in west Texas. His poetry and criticism appears widely in magazines, including The Atlantic Monthly, Harper's, and Slate. His first book won the Nicholas Roerich Prize, and he has won the Ruth Lilly and Wallace Stegner Fellowships. He lives in Chicago, where he is the editor of Poetry magazine.
Loading...
or support indie stores by buying on