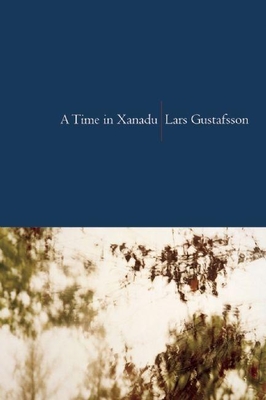 A Time in Xanadu

Gustafsson's A Time in Xanadu, his third translated collection of poems, manages to be personal and quirky while also deeply philosophical. --ForeWord

Few poets today can so easily without overwriting bridge 'centuries and minutes, ' to use the title of one of Gustafson's poems.--Harvard Review

From the moment it begins, Lars Gustafsson's A Time in Xanadu throws open questions of geography and narration. Where are we? How do we know? Throughout the book, the speaker's voice proves a powerful one as it muses on questions of travel, war, philosophy, and thought itself. The language of Gustafsson's poems is sparse, and his lines are compact and taut. But beneath the neat surfaces of these poems lie surreal and sometimes eerie landscapes: a castle in Cremona, Italy; "those white, strangely meaningless / days between Christmas and New Year;" a library which is "a kind of subway." There are strains of Ezra Pound in this work, and allusions to great continental thinkers--Goethe, Fichte, Nietzsche, Einstein--drift across it. Yet tracing those allusions to their source is neither desirable nor, ultimately, possible. For in the wake of Gustafsson's highly evocative poems, we can only wonder just how much time we have spent, or lost, in Xanadu, or where we went from there.

The Khan leaves Xanadu and milk
from white goats only
is hurled high into the air on his departure
to nourish the spirits of the air.
So says Marco Polo,
our Venetian witness.


Lars Gustafsson is a renowned Swedish poet, novelist, and philosopher who has written dozens of books. He taught philosophy for many years at the University of Texas, Austin. He now lives in Sweden.

Lars Gustafsson is one of Sweden's leading and most prolific men of letters--a poet, philosopher, and fiction writer with dozens of books to his credit. He was awarded his Ph.D. in Theoretical Philosophy in 1978 and taught for many years at the University of Texas. He currently lives in Sweden. John Irons is the translator of dozens of Northern European writers including Inger Christensen (Danish), Thomas Transtromer (Swedish), Friedrich Holderlin (German). He lives in Denmark.
Loading...
or support indie stores by buying on