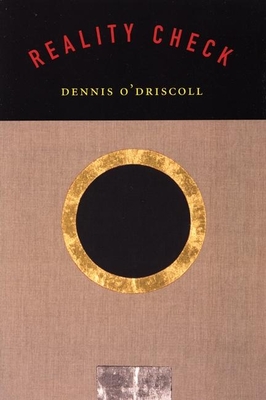 "Dennis O'Driscoll . . . is one of the most interesting poets now writing in English."--Adam Kirsch, Slate

Dennis O'Driscoll has produced an extraordinary body of work...Some of his poems have already achieved the status of classics.
--Poetry Ireland Review

O'Driscoll's mind...ruminates on experience with alacrity, humility, and an unwillingness to pontificate. His talent -- which could equally grace a novel -- should stand the test of time.
--Poetry Review

His terrain is, in effect, without borders: mordant, open, sharp, generous, and sad.
--The Guardian

O'Driscoll's] poems dance deftly on the tongue.... The collection offers a cornucopia of visual and aural delights, a Whitmanic appreciation of both nature and human creation that nevertheless recognizes the global dangers posed by the latter.... O'Driscoll's U.S. debut is a bracing introduction to a poet whose work American readers have gone without for too long.
--Library Journal

Dennis O'Driscoll's poetry is invigorating, grounded, and modern, with an ear attuned to the tragedies and comedies of contemporary life in a "globalized" Ireland. When Reality Check was published last year in the United Kingdom, it was named one of the top ten books of 2007 by The Independent of London.

O'Driscoll, who tours regularly in the United States, excels at stripping away stereotypes. He incorporates the language of the business world into his poetry, often to comic effect. His job as a civil servant for nearly forty years, "a lifetime's fug of arbitrations, ordinances, inter-agency liaisons," has made him privy to the intricacies of bureaucracy, diplomacy, and commerce, and has given him a knack for transforming timeless themes through "workaday words" and present-day concerns.

Lean on the green recycle bin
in the yard where roses run amok,
scent intensified by last night's rain . . .
Rest on the laurels of your elbows.
Consent to mind and body going
their ways amicably, a trial separation.

Dennis O'Driscoll, author of ten books, is one of Ireland's most popular poets and critics. According to Poetry Review, he is "one of the best-read men in the Western world."

Dennis O'Driscoll is one of Ireland's most widely published and respected critics of poetry. He is the author of seven previous collections of poetry and one collection of essays. His awards include a Lannan Literary Award, the E.M. Forster Award, and the O'Shaughnessy Award for Poetry. He lives in Co Kildare, Ireland.
Loading...
or support indie stores by buying on