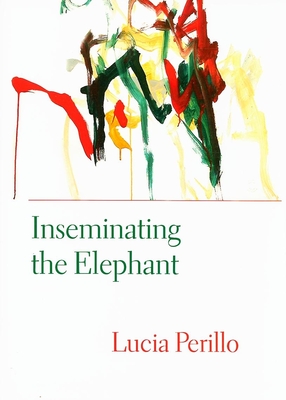 Perillo's poetic persona is funny, tough, bold, smart, and righteous. A spellbinding storyteller and a poet who makes the demands of the form seem as natural as a handshake, she pulls readers into the beat and whirl of her slyly devastating descriptions and observations before they can catch their breath...The fluid grace of Perillo's irresistible lines belies the tension inherent in their outlook, the resistance to easy emotion and obvious sentiment, the rejection of self-pity in favor of flinty humor and rigor. Sheer, shivery pleasure to read, Perillo's poems have extensive appeal.--Donna Seaman, Booklist Perillo's time as a wildlife researcher gives her insight into the workings of a turtle's heart and blackbird behavior, while other topics range from Viagra and video games to Transcendentalism... These poems are tough and witty.--The New Yorker

"Lucia Perillo's poems cannot be ignored or forgotten... In imagery as startlingly original as Anne Sexton's and in philosophical tone as harsh and courageous as Adrienne Rich's, Perillo creates poems of great energy and power."--Choice

Whoever told you poetry isn't for everyone hasn't read Lucia Perillo. She writes accessible, often funny poems that border on the profane... Perillo is always after something deeper than mere self-deprecation: if not transcendence, then a kind of knowledge that only comes the hard way... f you're seeking levity in the face of life's hardships, Perillo's poems can show you how to find it.--Time Out New York

Lucia Perillo's hard-edged yet vulnerable poems attempt to reconcile the comic impulse--the humorous deflection of anxiety--with the complications and tragedies of living in a mortal, fragile "meat cage." Perillo's surgical honesty--and biting, nourishing humor--chronicle human failings, sexuality, and the collision of nature with the manufactured world. Whether recalling her former career as a naturalist experimenting on white rats or watching birds from her wheelchair, she draws the reader into unforgettable places rich in image and story.

Don't look up, because the ceiling is suffering
some serious violations of the electrical code,
the whole chaotic kelplike mess
about to shower us with flames . . .
Here, take a seat on these rickety risers
inside my head, though your life isn't mine,
still, I have hope for your hearing
the gist of this refrain
about how glad he is that he's not dead.

MacArthur Fellow Lucia Perillo is the author of four books of poetry that have won the Norma Farber First Book Award, the Kate Tufts Prize, the Balcones Prize, and the Kingsley Tufts Award. Her critically acclaimed memoir, I've Heard the Vultures Singing: Field Notes on Poetry, Illness, and Nature, was published in 2007.

Macarthur Fellow Lucia Perillo is the author of four books of poetry which have won the Norma Farber First Book Award, the Kate Tufts prize, the Balcones Prize, and the Kingsley Tufts Award. Her memoir, I've Heard the Vultures Singing: Field Notes on Poetry, Illness, and Nature, was published in 2007.
Loading...
or
Not Currently Available for Direct Purchase