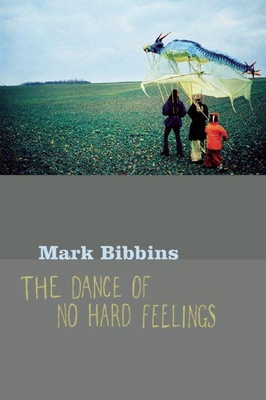 The Dance of No Hard Feelings

"Delirious Adventure stories in the shape of poems."--Laurie Anderson

"Bibbins . . . has the courage to stop, to pin down the always irrational present moment, and the reader is eager to follow, to inhale its scathing or enticing perfume. . . . A brilliant young poet."--John Ashbery

Those who will feel themselves spoken for by these poems have been hungrily awaiting this book. --Publishers Weekly, starred review

In his second collection, The Dance of No Hard Feelings, Lambda Award winner Mark Bibbins pressures language into a performance of surprising, invigorating movements across syntax and line. Vulnerable, yet suspicious and sharp-witted, he responds to a nation responsible for and besieged by a bankrupted presidency, employing concise lyrics and longer sequences while in the process inventing a new form, the exploded double haiku.

Incited by progressive blogs, ad campaigns, elegy, and Eros, Bibbins addresses environmental catastrophe and grotesque political posturing in our nascent millennium, as well as the corporate media's willingness to front for the worst offenders as it both panders and condescends to audiences drunk on doublespeak.

These are songs of passionate and ambivalence sung in a dark time.

Wrong decisions are harder to make than most
people realize, tears flying sideways in a gale.

but I used to know someone who did the opposite.
He liked to drive through them. Stars are most

serious when seen from the back of a pickup truck

while very very drunk and if someone kisses you
there it doesn't count. . . .