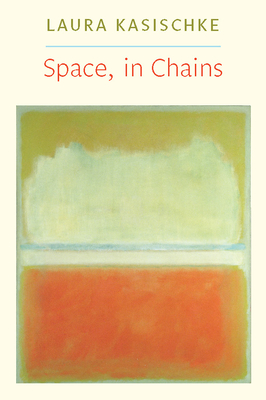 "Kasischke's intelligence is most apparent in her syntactic control and pace, the way she gauges just when to make free verse speed up, or stop short, or slow down."--The New York Times Book Review

"Kasischke's poems are powered by a skillful use of imagery and the subtle, ingenious way she turns a phrase."--Austin American-Statesman

Laura Kasischke's poems have the same haunting qualities and truth as our most potent memories and dreams. Through ghostly voices, fragmented narratives, overheard conversations, songs, and prayers in language reminiscent of medieval lyrics converted into contemporary idiom, the poems in Space, In Chains create a visceral strangeness true to its own music.

So we found ourselves in an ancient place, the very
air around us bound by chains. There was
stagnant water in which lightning
was reflected, like desperation
in a dying eye. Like science. Like
a dull rock plummeting through space, tossing
off flowers and veils, like a bride. And


also the subway.
Speed under ground.
And the way each body in the room appeared to be
a jar of wasps and flies that day--but, enchanted,
like frightened children's laughter.

Laura Kasischke is the author of thirteen books of poetry and fiction. Her novel Her Life Before Her Eyes was adapted for the screen and starred Uma Thurman. A Guggenheim Fellow in 2009, she teaches in the MFA program at the University of Michigan.

Laura Kasischke: Laura Kasischke's most recent book of poetry was Lilies Without (Ausable Press, 2007). She has published six other collections of poems, as well as seven novels. She was a Guggenheim Fellow for 2009, and lives in Chelsea, Michigan, where she teaches at the University of Michigan in the MFA program and Residential College.
Loading...
or
Not Currently Available for Direct Purchase