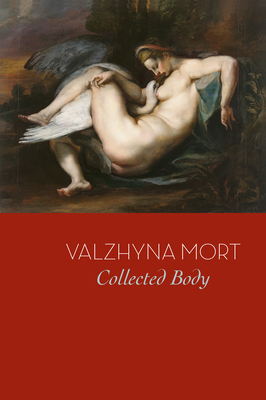 A one-of-a-kind work of passion and insight.--Midwest Book Review

Valzhyna Mort is a dynamic Belarusian poet, and Collected Body is her first collection composed in English. Whether writing about sex, relatives, violence, or fish markets as opera, Mort insists on vibrant, dark truths. Death hands you every new day like a golden coin, she writes, then warns that as the bribe grows it gets harder to turn down.

on a bare tree--
a red beast,
so still, it has become the tree.
now it's the tree that prowls over the beast,
a cautious beast itself.


a stone thrown at its breast

is so fast--the stone has become the beast.
now it's the beast that throws itself like a stone,
blood like a dog-rose tree on a windy day,
and the moon is trying on your face
for the annual masquerade of the dead.

Valzhyna Mort was born in Minsk, Belarus. Her American debut, Factory of Tears, appeared in 2008 and she was featured on the cover of Poets & Writers. She has received many honors and awards, including a Civitella Raineri fellowship. She lives in Baltimore, Maryland.

Valzhyna Mort: Valzhyna Mort was born in Minsk, Belarus. Her first book of poetry, I'm as Thin as Your Eyelashes, came out in Belarus in 2005; her American debut, Factory of Tears, appeared in 2008 and she was featured on the cover of Poets & Writers magazine. She has received many honors and awards in Europe, including a Civitella Raineri fellowship for 2011-2012. She lives in the United States.
Loading...
or support indie stores by buying on