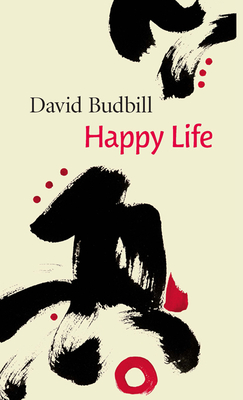 "David Budbill is a no-nonsense free-range sage who celebrates tomatoes in September, the whistle of a woodcock and sweet black tea and ancient Chinese poems." --New York Times

Budbill both informs and moves. He is, in short, a delight and a comfort.--Wendell Berry

Budbill] can be hilarious, as when he gripes, 'What good is my humility / when I am / stuck / in this obscurity?'--Booklist, starred review

David Budbill continues his popular poetic ruminations on life in remote New England--an outward survey of a forested mountain and an introspection of self-reliance, anonymity, and the creative life. Inspired by classical Chinese and Japanese poets, Budbill contemplates the seasons, ambition, his questionable desire for fame and fortune, and simple, focused contentment: Weed the beans. Pick the peas.

Out in the Woods

The only time I'm really free is when I'm out in the woods
cutting firewood, stacking brush, clearing trails.

Just the chain saw, the dog and me.
Heave and groan, sweat and ache.

Work until I can't stand it anymore.
Take a break.

Sit on the needle-strewn ground up against a big pine tree,
drink some water, stare out through the woods, pet the dog.

Stretch out on the ground, take a nap,
dog's head on my lap.

Ah, this would be the time and place and way
to die.

David Budbill is the author of poems, plays, essays, speeches, and book reviews. He has also served as a commentator on NPR's All Things Considered. He lives in the mountains of northern Vermont where he tends his garden and website.

David Budbill is a no-nonsense free-range sage who celebrates tomatoes in September, the whistle of a woodcock and sweet black tea and ancient Chinese poems.” New York Times

David Budbill: David Budbill was born in Cleveland, Ohio, in 1940 to a streetcar driver and a minister's daughter. He is the author of six books of poems, eight plays, a novel, a collection of short stories, a picture book for children, and scores of essays, introductions, speeches, and book reviews. He has also served as an occasional commentator on National Public Radio's All Things Considered. Among his prizes and honors are a National Endowment for the Arts fellowship in playwriting, a Guggenheim Fellowship in poetry, and a Dorothy Canfield Fisher Award for fiction. He lives in the mountains or northern Vermont where he tends his garden and website www.davidbudbill.com.
Loading...
or support indie stores by buying on