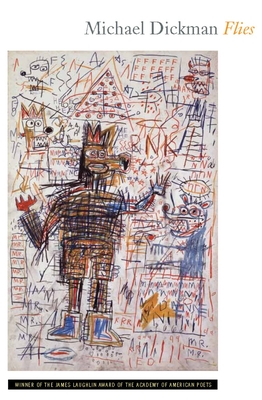 Hilarity transfiguring all that dread, manic overflow of powerful feeling, zero at the bone--Flies renders its desolation with singular invention and focus and figuration: the making of these poems makes them exhilarating.--James Laughlin Award citation

Reading Michael Dickman] is like stepping out of an overheated apartment building to be met, unexpectedly, by an exhilaratingly chill gust of wind.--The New Yorker

Winner of the James Laughlin Award for the best second book by an American poet, Flies presents an uncompromising vision of joy and devastating loss through a strict economy of language and an exuberant surrealism. Michael Dickman's poems bring us back to the wonder and violence of childhood, and the desire to connect with a power greater than ourselves.


Michael Dickman was born and raised in Portland, Oregon. His first book of poems, The End of the West, appeared in 2009 and became the best-selling debut in the history of Copper Canyon Press. His poems appear frequently in The New Yorker, and he teaches poetry at Princeton University.

Michael Dickman: Michael Dickman was born and raised in Portland, Oregon. His debut volume of poetry, The End of the West, appeared in 2009. He has received fellowships from the Michener Center for Writers, the Fine Arts Work Center, and the Vermont Studio Center. His poems appear frequently in The New Yorker, and he teaches poetry at Princeton University.
Loading...
or support indie stores by buying on