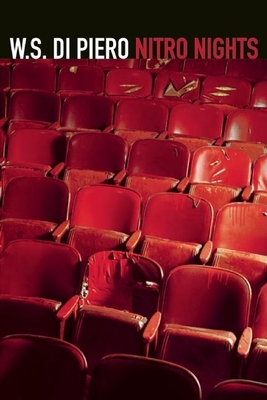 "Di Piero hopes to evoke something of the true mystery of present and recalled experience, and his poems powerfully enact this desire."--The Philadelphia Inquirer

W.S. Di Piero marries a streetwise, working-class sensibility to an intellectual rigor and precise language in poems that stare down depression, failed love, and urban nightlife. In a fast-paced, half-cracked/half-sane style reminiscent of bebop solos, Di Piero forges masterful poems that "keep it close, loose, and sweaty," and restore life's intensity while showing where real hope might be found.

From "Only in Things":

Some days, who can stare at swathes of sky,
leafage and bad-complected whale-gray streets,
tailpipes and smokestacks orating sepia exhaust,
or the smaller enthusiasms of pistil and mailbox key,
and not weep for the world's darks on lights, lights on darks,
how its half-tones stay unchanged in their changings,
or how turning wheels and wind-trash and revolving doors
weave us into wakefulness or dump us into distraction?


W.S. Di Piero was born in South Philadelphia and grew up in an Italian working-class neighborhood. His honors include a Guggenheim Fellowship, the Raiziss/de Palchi Book Prize for Italian translation, and a Lila Wallace-Reader's Digest Fund award. He lives in San Francisco, California.

W.S. Di Piero: Poet, essayist, and translator, W.S. Di Piero was born in South Philadelphia in 1945 and grew up in an Italian working class neighborhood. Di Piero's honors include fellowships from the Guggenheim Foundation and the Ingram Merrill Foundation, a Lila Wallace-Reader's Digest Fund award, and the first Raiziss/de Palchi Book Prize for Italian translation from the Academy of American Poets. He lives in San Francisco.
Loading...
or
Not Currently Available for Direct Purchase