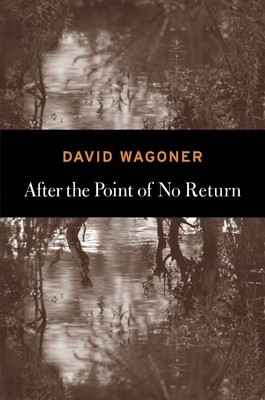 After the Point of No Return

Wagoner's words are a living link to the world, enacting it so vitally that they feel like natural facts.--The Seattle Times

In his twenty-fourth book of poetry, David Wagoner reflects on youth, love, regret, and expectation versus reality. Here a master writes at top form, back-dropped by life's curious moments and imagining Jesus as an untidy roommate or considering our final destination in Beginner's Guide to Death.

After the Point of No Return

After that moment when you've lost all reason
for going back where you started, when going ahead
is no longer a Yes or No, but a matter of fact,
you'll need to weigh, on the one hand, what will seem,
on the other, almost nothing against something


slightly more than nothing and must choose
again and again, at points of fewer and fewer
chances to guess, when and which way to turn.

That's when you might stop thinking about stars
and storm clouds, the direction of wind,
the difference between rain and snow, the time
of day or the lay of the land, about which trees
mean water, which birds know what you need
to know before it's too late, or what's right here
under your feet, no longer able to tell you

where it was you thought you had to go.

David Wagoner is the author of two dozen books of poetry and ten novels. A longtime teacher at University of Washington, he was the editor at Poetry Northwest. He lives in Seattle, Washington.

David Wagoner: David Wagoner, often referred to as the leading poet of the Pacific Northwest, was born in Ohio and raised in Indiana. Before moving to Washington in 1954, Wagoner attended Pennsylvania State University where he was a member of the Naval ROTC and received an M.A. in English from Indiana University. Wagoner was selected to serve as chancellor of the Academy of American Poets in 1978, replacing Robert Lowell, and he served as the editor of Poetry Northwest until its last issue in 2002. Known for his dedication to teaching, he was named a professor emeritus at the University of Washington. Wagoner has been compared stylistically to his longtime teacher and friend, Theodore Roethke.
Loading...
or support indie stores by buying on