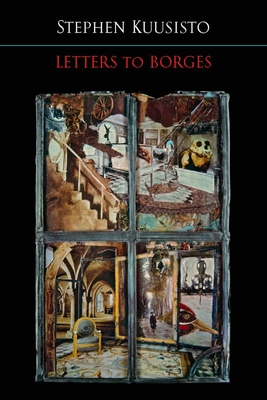 Kuusisto] is a powerful writer with a musical ear for language and a gift for emotional candor.--The New York Times

A talented writer judged against any standard.--USA Today

Best-selling memoirist Stephen Kuusisto uses the themes of travel, place, religion, music, art, and loneliness to explore the relationship between seeing, blindness, and being. In poems addressed to Jorge Luis Borges--another poet who lived with blindness--Kuusisto leverages seeing as negative capability, creating intimacy with deep imagination and uncommon perceptions.

Today I understood
While drinking tea
& hearing rain
That the word for birth
& the one for sin
Come from a single root
In Finnish -- that tongue they
Spoke when I was small.


Synnty, untranslatable,
Original sin nearly,
But softer,
Like water
Carried a long way
In a jar
In May.

Stephen Kuusisto is a poet, essayist, and memoirist. He is the author of two collections of poetry and two memoirs, including the best-selling Planet of the Blind (W. W. Norton & Company, 1998). A graduate from and former teacher at the Iowa Writers' Workshop, Kuusisto now teaches at Syracuse University in New York State.

Stephen Kuusisto is a poet, memoirist and essayist. Born in Exeter, New Hampshire, Kuusisto has been blind since birth, developing a gifted ear for rhythm, pace and sound. He attended Hobart College where he earned a BA and the University of Iowa, where he earned an MFA. He is the author of two collections of poetry and two memoirs, including the best-selling "Planet of the Blind" (1998). He teaches at the University of Iowa, where he holds dual appointments in the Writers' Workshop and the College of Medicine. His poetry and essays have appeared in "The New York Times Magazine, Harper's, Seneca Review, Partisan Review, " and "Poetry." He has been featured on National Public Radio, "Dateline NBC, " and "The Oprah Winfrey Show." He lives in Iowa City, Iowa.
Loading...
or support indie stores by buying on